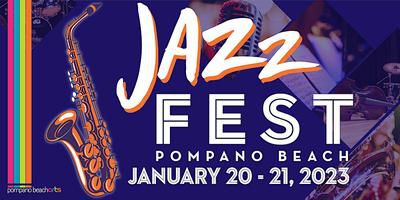 The 2023 Jazz Fest Pompano Beach will take place from January 20th to 21st, with over a dozen fabulous concerts – including a beach opening night concert and all-day and evening concerts at Old Town Pompano Beach.

In addition to world renowned headliners on both the opening and final nights, the lineup features an eclectic and diverse cast of Grammy Award-winners, burgeoning jazz superstars and a slew of South Florida’s finest talent. There's something for everyone at the immersive “jazz takeover” of Pompano Beach in January. Festival experiences will include up-close-and-personal performances, artist conversations, multiple outdoor stages with seasoned and emerging artists, as well as drink, food and art vendors.

RSVP is required for security and safety planning! When you arrive, visit the Registration Booth with your electronic ticket and you will receive your wrist band. Chairs and blankets are welcome!

What do VIP tickets include?

• One Drink Ticket Per Person

• 20% Discount for a Future Concert

Our opening night headliner, to be announced October 1st, will perform at the Great Lawn on the beach, and is a 13-time Grammy nominated jazz fusion band. With both VIP and free seating available, this opening concert, nestled in between restaurants, shops, and stunning ocean views, will be unforgettable.

The festival experiences will include multiple stages, up-close-and-personal performances, opportunities to meet the artists, food trucks, jazz bar and festival vendors. This jazz festival will deliver an outstanding event featuring great music for the jazz enthusiast and casual fan alike.

Universally known as one of the most iconic saxophonists of the current age, David Sanborn is a jazz musician at heart, but has transcended genres and musical boundaries throughout his entire career. Rolling Stone says, ‘Among the great saxophonists of the past four decades, David Sanborn has earned an identity all his own. He’s jazz, he’s funk, he’s soul, he’s pop, he’s blues, he’s rock. Most remarkably, he excels in each of these genres with a voice that is forceful and tender, sensuous and subtle.’ Sanborn has released 24 albums, won six Grammy Awards, and has had eight gold albums and one platinum. He continues to be one of the most active musicians of his genre and an inspiration to countless other musicians.

Returning to his passion for jazz, Sanborn recently assembled a stunning program of straight-ahead jazz tunes for his new quintet. Looking forward to sharing his approach and interpretation on stages soon, Sanborn is excited to collaborate and feature a band of saxophone, trombone, keys, bass, and drums.

Staying in Pompano Beach for a night or two? Book a room at one of these nearby hotels. 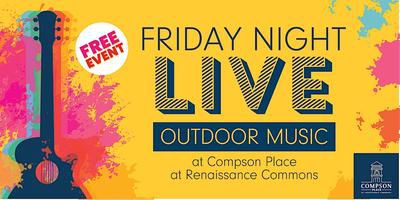 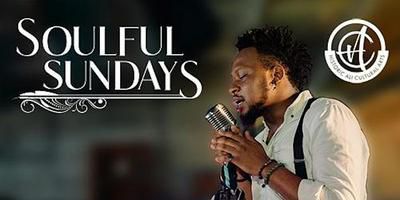 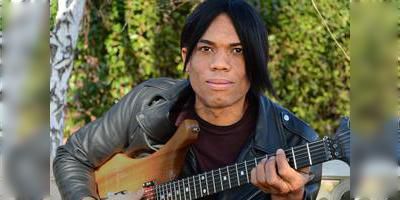