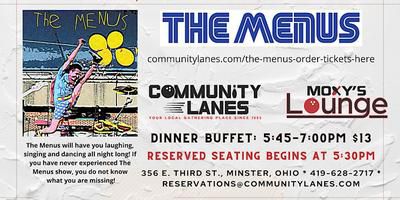 The Menus will have you laughing, singing and dancing all night long! If you have never experienced The Menus show, you do not know what you are missing! There is not a bad seat/table in our venue. We have (2) Cameras on the bad. 1 on the drummer and 1 on the main stage. This is streamed on all (16) HDTV's throughout the venue during the show.

The lead singer of The Menus, Tim Goldrainer loves keeping the crowd inter-acting with the band at all times, and will usually know a great majority of the audience by name at the end of a performance. He also enjoying giving out gifts from stage, the most popular being a button down sweater vest circa the 1970's. To receive one is an honor and a tradition, and many past recipients can be seen wearing theirs at the current show.

Tim believes that if someone has left a Menus concert without the dancing, laughing, and entertainment of a lifetime, he didn't succeed in his goals. This rarely happens.

Tim's strong vocal talents were always there, but his crazy stage antics began to appear, augmenting an already superb performance. His crazy, colorful costumes (most of them homemade); women's swimsuits, brilliant hats, wrestler's singlets and much, much more all became and remain part of his stage wardrobe. His jumping and high energy dancing are mesmerizing, as the look on the faces of the audience will attest. One of his signature tricks is leaping into the air, kicking balloons strung high above his head causing them to explode, showering the stage in a rainfall of confetti. Always a crowd favorite! Tim is also a gifted skateboardist, which he incorporates in his show, by riding through the crowd on his hands (a trick he perfected in his youth).

The show if for ages 19 and over.. We expect a sellout with reserved seating, so please order early!

Staying in Minster for a night or two? Book a room at one of these nearby hotels. 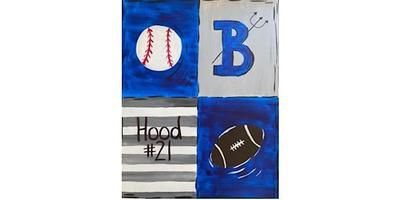 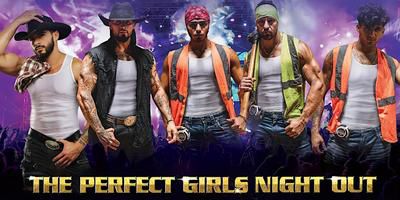 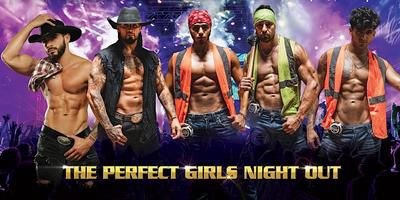 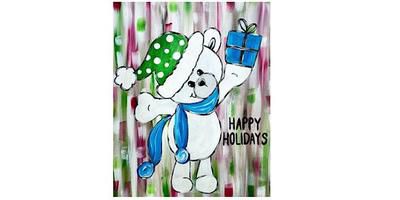 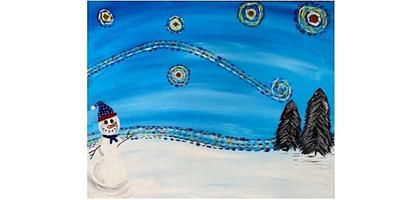 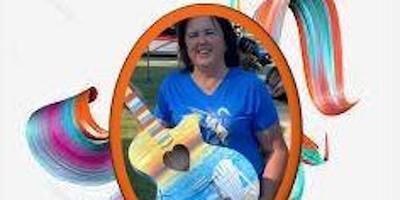 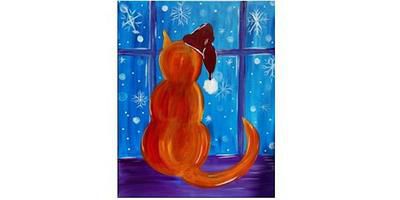