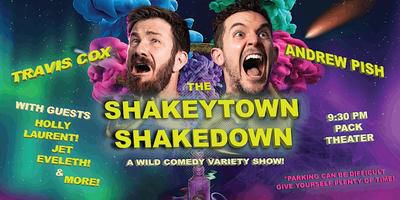 The Shakeytown Shakedown - Comedy Variety Show Extravaganza in Hollywood is happening on Thursday, December 15, 2022 at 09:30PM PST at The Pack Theater with tickets starting at $10.00

PLEASE ARRIVE ON TIME:Parking can be difficult and the show will start promptly.

How do you describe a comedy show that will never be the same twice?? Great question.

We can't tell you what will happen next, because tonight’s show doesn’t exist yet. It only exists in the near future, waiting patiently (and anxiously) to spontaneously appear in front of you.

Established in 2013, Stormchaser is an improv team that has performed together in over 550 shows and a handful of festivals across the United States. We don’t do a normal comedy show - as someone once told us after our show, “one thing’s for sure, when Stormchaser is performing, I never look at my phone.” Mischievous, joyful, flowing, poetic, surreal, risky. Stormchaser improvises every part of the show and blends many forms of theater to create a uniquely electric style. We also like to take each other’s clothes off on stage.

Stormchaser began as just an improv team, but now, we’ve also produced the Stormchaser Improv Podcast Show (available onSpotifyand Apple Podcasts) where we interview other improvisers and artists and dig deep into improv, art, and creativity.

Stay in touch with us on Instagram@stormchaserimprov.

Travis is by far the tallest member of Stormchaser. By far. It’s important that you know that. If you see him please compliment him on how tall he is. Especially if Andrew is within ear shot. Travis first performed improv with his friends at the age of 12 playing games from ‘Who’s Line’ to a video camera in his families basement. (The tapes have since been burned.) Years later he went on to study & perform (for actual humans) with Off the Cuff Comedy in Cedar City, Utah & eventually in LA at iO West. He’s been with Stormchaser since 2013 &, all bits aside, he considers playing & working with these tiny creative geniuses a huge honor. Along with being the tallest member of Stormchaser (by far) Travis is a working actor and has enjoyed success on the stage & screen.?

Andrew began his comedy journey at the Hideout Theater in Austin, TX in 2009. There he performed in the main stage show Spirited - improvising new Lewis Carol and Hayao Miyazaki-inspired fantasies. In Los Angeles, he performed at iO West and produced the main stage show Doctor Who Live, improvising new episodes of the popular BBC fantasy TV show Doctor Who. He has been improvising in Los Angeles with Stormchaser since 2013 and is known, by everyone who has seen them perform, as “the heart and soul of Stormchaser - and we wouldn’t just say that, we mean it 100%, this isn’t Andrew.” Andrew also teaches improv workshops where he blends improv, clown, and mindfulness. Andrew loves this work but is “so ready” to score cheap laughs and get famous.?

Holly Laurent is an LA based writer and performer.

She is the creator and host of the hit podcast MEGA, and co-host and producer of It's a Wonderful Lie (audiochuck).

Formerly, Holly was a featured contributor and writer on the nationally syndicated radio variety show Live From Here (NPR) and the Onion News Network. She is an alumnus of the Second City main stage in Chicago where she wrote and performed three critically acclaimed revues. She toured with the Second City national touring company and was a featured performer at the TBS Just For Laughs Festival in Montreal. Holly holds an M.A. in Interdisciplinary Arts from Columbia College and is a founding member of the longstanding improv group The Reckoning.

Holly’s film Brought to You by Satan, which she wrote and directed, premiered in festivals in 2020. Her writing has been featured in Defenestration Magazine and Mayday Magazine. Her essay, Villain, was Nominated for a 2021 Pushcart Prize.

Jet is an artist and clown. She performed in the cirque show Absinthe in Las Vegas and improvises with The Reckoning and Adsit & Eveleth. Jet toured Europe performing physical theater with The Second City and was the artistic director of the Chicago Improv Festival. She taught at Columbia College where she received her Masters in Interdisciplinary Arts. Jet is currently performing monthly with the Highland Park Clowns and in her newly devised show Touched.

Staying in Los Angeles for a night or two? Book a room at one of these nearby hotels. 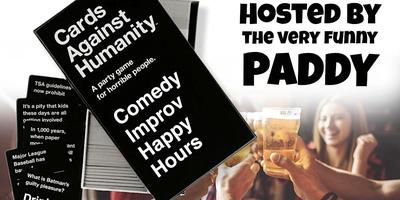 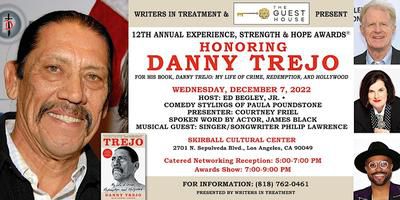 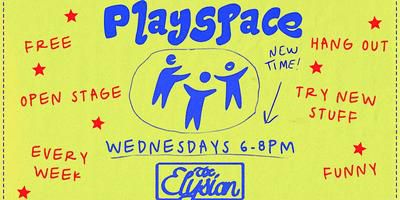 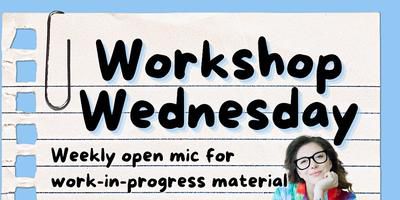 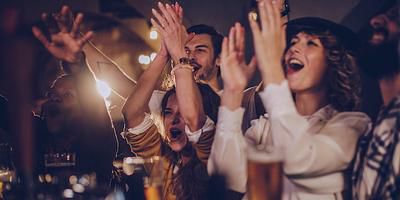 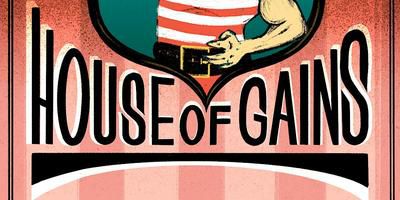 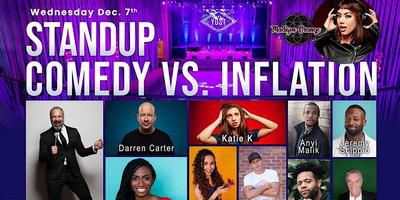