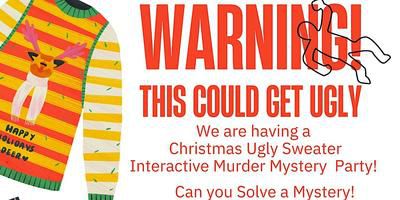 Ugly Sweater Interactive Murder Mystery is happening on Thursday, December 22, 2022 at 07:00PM EST at The Great Hall with tickets starting at $10.00

Citizens of Holly Hills: save the date, mark your calendars, and set your alarms– the annual Tacky Sweater Shindig is just around the corner! This charming event will take place in the spectacular Silver Bells Ballroom of the Snowflake Manor. Party guests will mingle in tacky sweater garb with enchanting people, exquisite food, and fabulous entertainment. A night to remember, you will make to die for Christmas memories for years to come! Dress to impress in your Christmas tacky sweater best! On another note, rumors that some of the townspeople are planning to get revenge on one another this night are entirely false. Everybody will be perfectly safe. At least the Snowflake Manor’s management hope that’s the case. No drama will be tolerated! This is where your story begins.

Some of our Invited Guest will be :

is an heiress who always gets what she wants – except for her secret childhood crush. Martha May has mastered the art of eavesdropping, so if you have skeletons in your cupboard, it is best not to breathe a word of them. The neighbors get annoyed by Martha May during the holiday season since she is ultra-competitive with her Christmas décor.

is one of the most friendly people you will ever have the pleasure of meeting. Being a manicurist, Carol knows most everybody in the town of Holly Hills because they are on her client list. She stresses during the holidays, however, since her eccentric brother comes to town.

is the obnoxious dog groomer at Manger Mutt Cuts. Sam is an animal lover and takes excellent care of animals. However, s/he is a terrible groomer with horrible ideas for pet haircuts. Sam’s newest style is the box cut, and the poodles of Holly Hills are all hiding in closets until their hair grows back.

is the obnoxious baker at Cousin Eddie’s Cookies. Eddie lives life the way that s/he wants and doesn’t care about being judged. The townsfolk of Holly Hills gave Eddie a nickname of 3C, which stands for crass, cluttered and chaotic.

is the manipulative display designer for Nogstrum’s Department Store. She inherited the role of display design manager when her boss choked on a piece of fruitcake at the company’s holiday party. Ginger also takes on other part-time positions around town to make ends meet.

plays the role of The Sugarplum Fairy at the Decking Halls Playhouse. Farrah is a beautiful ballerina who teaches private lessons to the kids of Holly Hills in the offseason. During the holidays, however, Farrah is always on her toes.

is an enigma to most people of Holly Hills. She is a talented Olympic Silver Medalist and U.S. National Champion ice dancer. Roxy has decided to put her skates away, slow down the pace, and enjoy life. She plans to open an eggnog shop on Winter Street next to Cousin Eddie’s Cookies.

is a notorious neighborhood bully that plagued the Sugar Plum Point subdivision for many years. When Scut inherited his/her grandfather’s candy store, s/he had to turn over a new leaf when the townspeople picketed on the sidewalk. Nowadays, Scut is one of the most helpful people in the town of Holly Hills.

is genuinely fun to be around because he was born for comedy. A dedicated train conductor for the North Pole Express, he loves to tell jokes during the ride. He’s known for the story about his mother buying him a BB gun for Christmas after months of begging. He nearly shot himself in the eye the first and last time he pulled the trigger.

is a thirty-something who still lives at home with his parents. Kevin has post-traumatic stress disorder from his childhood when he was home alone, having to fend off burglars on Christmas Day. The holiday season is mentally draining on Kevin, and he is not sure when or if he can ever get over his Christmas trauma.

is the devoted father and overworked mattress salesman. Every holiday season, Howie will do anything it takes to find his son the perfect Christmas present. This year, he is at his wit’s end searching for a Supersonic Man doll.

is the traditional family man. He will go to the ends of the earth to make his family happy. However, Clark has a knack for making the wrong decisions and finding trouble.

﻿A fundraiser for Choose Joy Foundation a 501c3 .

a portion of the Proceeds will go directly to Benefit Families at Crozer Burn Unit .

Staying in Dover for a night or two? Book a room at one of these nearby hotels. 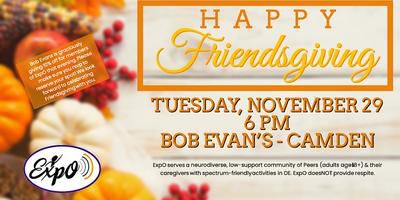 Merry & Bright with The Painted Mermaid 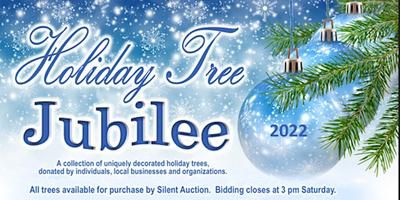 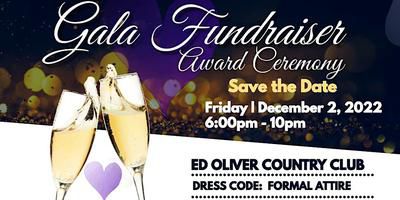 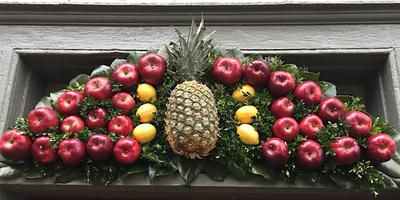 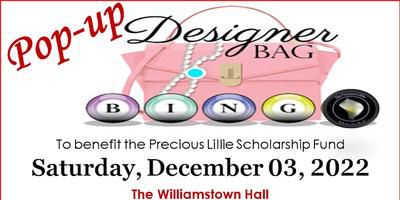