Amazing Facts and Guide to the Pittsburgh Inclines 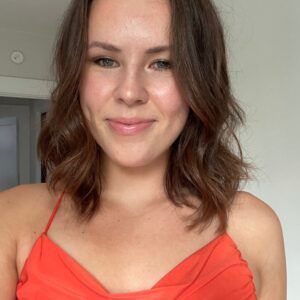 When it comes to Pittsburgh, there are few items more iconic than the Inclines.  Today, the Monongahela and Duquesne Incline are all that remain of the cities initial almost two dozen funicular railroads.  Their bright yellow and red cars adorn the slopes of Mt. Wash and can be seen from multiple vantage points across the city!  Each incline consists of two different stations with plenty to do and see after disembarking.  Keep reading for all you need to know about the Pittsburgh Inclines and how best to access!

The Castle Shannon and Monongahela Incline, circa 1900

Pittsburgh evolved into “The Steel City” at the end of the civil war with its continual growth of the steel industry.   The city itself was filled with soot and Coal Hill, presently known as Mount Washington, was a cleaner place to live due to its elevation. In 1854, Pennsylvania approved an act to construct inclines on the hill to provide easy mobility for residents living there. In 1867, the Monongahela Inclined Plane Company was tasked with building a passenger incline between present-day Carson Street and Mount Washington, thus becoming the first incline built primarily for the transportation of humans rather than cargo.

John J. Endres, a mining engineer drafted up the plans and worked alongside local companies such as Jones & Laughlin and the Iron City Bridge Company to manufacture and construct the track. Partnering with other individuals and businesses to create the Upper and Lower Stations, plane cars and steel cables,  the Monongahela Incline was officially opened in 1870. It has length of 635 feet, with a height of 367.4 feet and a grade of 78%. The incline was an instant success, with 994 people paying to ride the first day and a whooping 4,174 the second day!

The Monongahela Incline has undergone numerous rebuilds and updates to ensure efficiency and safety, with the latest being in 2015. During its latest $3.5 million upgrade, the track was updated with new rails, ties, cable and lift components. As a result, it’s the longest continually running funicular car in the world!

*Both Pittsburgh Inclines are open 365 days of the year and run approximately every 15 minutes! *

Things to Do Near the Monongahela Incline

The Monongahela Incline Upper Station opens up to Shiloh Street and Grandview Ave. on Mt.  Washington.  A must for new-comers, the Grandview Overlook offers one of the best views of the city as well as some of it’s most impressive real estate.  Looking for a bite to eat?Visitors can also enjoy one of the many restaurants on Shiloh street.  We recommend J&Js for breakfast or Gordo’s Tacos for a tasty dinner.  Cocktails at The Summit or ice cream from DiFiore’s serves as the perfect nightcap!

The Mong’s Lower Station drops passengers at Station Square, a newly renovated area bustling with good eats.  Try out Tupelo Honey for a twist on southern cooking or the equally delicious Terrene, a great week-day lunch spot.  Station Square is also home to the Station Square Landing & Marina the starting point for Steel City Jet Skis and other boating activities!

The extreme success of the Monongahela Incline initiated rapid development and inhabitation on Coal Hill, which led to the need of more inclines! Samuel Diescher, an engineer for Kirk Bigham and Associates, was tasked with designing and building the incline located near the Fort Pitt Bridge, just above present-day Point State Park. Diescher had become the country’s most popular incline engineer, designing and building most of Pittsburgh’s other inclines.

Fun fact, Mr. Samuel Diescher was well associated with John Endres, the brains behind the Mon Incline, and went on to marry his daughter, Caroline Endres! He also assisted in designing the machinery for the Ferris wheel, which debuted at the 1893 Columbian Exposition in Chicago – so the Inclines are sort of “related” to the Ferris Wheel!!

*Both Pittsburgh Inclines are open 365 days of the year and run approximately every 15 minutes! *

Things to Do Near the Duquesne Incline

Located just west of the Mong Incline, the Duquesne Incline Upper Station is nestled between some of the top culinary experiences in the Burgh.  Planning an upcoming anniversary or birthday?  Try Altius for stunning views and a menu equally mouthwatering.  Other options include LeMont and Vue 412!  Be sure to check out the Point of View Statue while at the top as well for a truly authentic Pittsburgh experience!

The Duquesne Lower Station drops visitors on West Carson Street.  From here East Carson and central Southside are an easy drive.  Similar to Mt. Washington, the Southside neighborhood has its own eclectic vibe and things to do for visitors and locals alike.  We recommend heading to Hofbräushaus for German beer and food.  From there take a walk along the Southside Riverfront Trail for beautiful views and greenery!

Once on board, passengers notice there are no conductors in the car itself. Instead, the conductors control the cables from the upper station, adjusting accordingly as the car ascends and descends.  The cars operate simultaneously, with one being lowered as the other is raised.  In this way the cars remain balanced so that the engine need only compensate for the friction and weight difference in passengers between both cars.

How to Ride the Pittsburgh Inclines

The Inclines make it easy with roundtrips available for purchase at both stations.  Special discounts are available for children, seniors, and students as well so be sure to check their websites before going!

The Monongahela Incline and Duquesne Incline are just two pieces of the historic funicular railways that once graced Pittsburgh’s hillsides. Whether they were used to transport cargo or passengers, the two remaining Pittsburgh inclines are a true representation of the spirit of the city! For a complete list and history brief on each of Pittsburgh’s passenger and cargo inclines, please click here.

Plus, we want to hear from you! Tell us some of your most amazing memories from riding the inclines and share a pic! Make sure to tag @stufftodoinpittsburgh in your incline photos and use the hashtag #stufftodoinpittsburgh! We might even repost it on our social channels!

Fairs and Festivals in Pittsburgh | July 2022

Bite into the Best Chocolate in Pittsburgh

Gettin' Sneaky at Speakeasies in Pittsburgh

Arran is a Colorado native and moved to Pittsburgh post-grad to pursue her career while immersing herself in a new city. She soon fell in love with the skyline, food scene, night-life, and all the city has to offer. She enjoys sharing her favorite spots and is always on the hunt for the next hidden gem!