Memorial Day Weekend at Music City Food Truck Park and other things to do in Nashville this weekend! 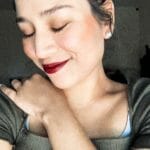 We can’t believe it’s Memorial Day already! This weekend’s events are sure to make your Memorial Day even more memorable.

Enjoy an epic All-Star musical benefit or relax and wind down with some soulful Yoga in the outdoors. Whatever you decide, we’re bringing you the very best in fun for your special weekend.

Here are the top things to do in Nashville this weekend! Happy Memorial Day.

Celebrate Memorial Day Weekend in a Music City way! This weekend meet at the Marketplace in East Nashville for the Music City Food Truck Park.

This delicious event is perfect for your family or for a coming together with friends. Celebrate and share stories of the past, exchange gratitude, and enjoy a delicious meal together, outdoors.

The weekend will feature a Memorial Day musician lineup, featuring some Nashville’s rising talent. The entire event will be outdoors and socially distanced, with up to 70 tables. The first 100 guests will receive an American Flag!

It’s Memorial Day in Nashville and the Nashville Striders are running live!

Be a part of the Nashville Strider’s 21st Anniversary Race! Your common Start / Finish will be in front of Adventure Science Center on Fort Negley Blvd.

Masks will be required pre-and post- race while in the start/finish area. All times will be chip timed with staggered start and social distancing. Unfortunately there will be no hydration on the course, so plan to self-hydrate if needed. Refreshments will only be provided following the race.

Sign up today and grab your guaranteed shirt. (Applicable if you registered by 5/20/21.) Proceeds to benefit the Nashville City Cemetery Association.

Have a great race!

Bloomsbury Farm is known for producing some of Tennessee’s finest sprouts and produce. However this weekend, this organic farm is showcasing a new way to connect to the earth with Sunset Yoga.

This Friday evening, join in on some flow and relaxation with Sunset Yoga. It’s the perfect way to end your week and a refreshing way to start your weekend right. Can you imagine a better scene for yoga than a sunset? We can’t either.

It’s time to help preserve a little bit of Nashville. This weekend features a one night only event that will unite some of Nashville’s most talented musicians in an All-Star Musical Benefit to Preserve the Exit/In, sponsored by Pennington Distillery, Yazoo Brewing Company, Visit Music City, Rhizome Productions, and Hands On Nashville.

The night will also include “End of the Line,” an all star tribute to the Allman Brothers Band with special guests former Gregg Allman Band keyboardist Pete Levin, Jimbo Hart and Chad Gamble of Jason Isbell’s 400 Unit. “The Cordovas are Dead” will also be performing a very special Grateful Tribute alongside sets by Old Union, Andrew White, Trevor Clark and the spacetronic, electophonic, get down get naked bluegrass sounds of Sicard Hollow, with a very special Bloodkin tribute by Airshow (all in honor of Danny Hutchens who recently passed.)

This event unites musicians and all five of the major locally owned radio stations, as well as seventeen of some of Nashville’s most storied and revered music venues.

Grab your tickets now because this show WILL sell out. Sorry, there are no refunds as the event is rain or shine. Don’t miss this epic Music City event!

Live from the Rooftop is back at it again! We’re all getting outdoors and this weekend is no exception. How about taking in the Nashville skyline with some live local music?

Kick off your weekend Nashville style with Live from the Rooftop Music and Wine Tasting at the lush Kimpton Aertson Hotel Rooftop. This week features guests Nick Howard and Nikita Karmen.

Enjoy some delicious wines, relax, and take in the downtown scenery. This is sure to be a wonderful, soul nourishing experience.

Tickets start at $60.00. Check their website for more upcoming guests.

More Things to Do in Nashville!

Tag us in all your adventures so we can keep up with you! Be sure to give us a follow @StufftoDoinNashville on Facebook and Instagram for more things to do in Nashville.

Get the best things to do in Nashville delivered right to your phone!
Weekend Guides
Checkout all the past Tampa Bay weekly Guides in the Stuff To Do Archive
SHOW ALL
Find Stuff To Do
Discover the best featured and staff pick events in Tampa Bay on UNATION
DISCOVER EVENTS
Connect on Facebook
Join our Stuff to Do in Tampa Bay Facebook group to find more upcoming events
LIKE US