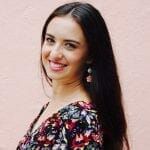 UPDATE: Ticket sales extended until Nov 7th show for only $195!

So you’re standing on Fayetteville St. in Downtown Raleigh. You look one way and you see the Capital Building. Have you ever wondered what you were looking at when you turn the other way? It’s Duke Energy Center for the Performing Arts!

Nestled in the heart of Downtown, Duke Energy Center has acted as an artistic hub for local companies, touring performance ensembles, musical artists, and more. As our main venue for performing arts in Raleigh, it has become a historic and cultural pillar for the Triangle.

Now, Duke Energy Center and Stuff to Do in Raleigh invite you to become an Oak City Insider and experience artist performances in a whole new way. This new package will include five different performances, specialty concession items, networking opportunities, and more. Keep reading to learn more about all things Oak City Insider!

*Limited Quantities of this Package are Available for Purchase*

One specialty concession item at each performance per package

Founded in 1932, the North Carolina Symphony is a vital and honored component of North Carolina’s cultural life. As the first state-supported symphony in the country, the Symphony’s 66 full-time professional musicians are greeted with enthusiasm by adults and schoolchildren in more than 90 North Carolina counties.

PineCone is a year-round source for roots music fans in the Triangle region of North Carolina, presenting more than 200 programs annually, including more than 30 concerts, youth programs, participatory jams and sessions, and a weekly radio show. Since 2013, PineCone has also been the producer of PNC presents Wide Open Bluegrass, the festival component of the International Bluegrass Music Association’s World of Bluegrass.

Formed in 2010, The North Carolina Opera emerged from the merger of The Opera Company of North Carolina and Capitol Opera Raleigh. It is dedicated to presenting operatic performances at the highest level throughout the Triangle.

We Will Rock You | Live Nation

Enjoy a performance reminiscent of Queen’s live performances, with an eccentric and heartfelt story of outsiders. Expect We Will Rock You to rock your night just like a Queen concert!

Holiday Pops is making the holiday season bright with festival music favorites, high-kicking dancing Santas, and the NCS Children’s Chorus. This is a holiday tradition you won’t want to miss!

Fresh off the release of their album Over the Trees, The Steel Wheels will grace the stage with their impeccable harmonies and bluegrass sounds. Enjoy a night of easy listening and incredible vocals!

Becoming an Oak City Insider is your chance to sample the arts at Duke Energy Center and enjoy performances spanning across theatre, music, and dance. Keep an eye out on our Instagram page for a more behind the scenes look!

Be sure to check out all of the awesome shows at Duke Energy Center this season!

Shop These Local Businesses in Raleigh for the Holidays

5+ Must Do Halloween Events in Raleigh

Our Favorite Free Things To Do In Raleigh

Rachel is a UNATION team member and author of the Stuff to Do City Guide. For more insight on the best events and things to do near you, subscribe to our text and email, and follow us on social!