Pajama Party and more fun things to do in Atlanta 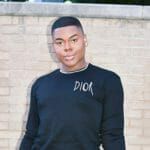 With everyone still buzzing from the excitement and thrill of the Fourth of July weekend, it’s the best time of the week in Atlanta yet again!

Whether you’re looking for a productive girl’s night out or wanting to see your favorite artist kill the stage in a live performance, UNATION has you covered! Here are the best things to do in Atlanta this weekend.

1. The 'GIRLS WITH GOALS' PAJAMA PARTY AND GOAL PLANNING WORKSHOP

It’s no secret that Networking is one of the most effective ways to expand your business and connections, but who says it can’t be creative, cute, and fun?

The ‘Girls With Goals’ event puts a feminine spin on Networking in Atlanta by enforcing a dress code that requires satin or silk family-friendly pajamas and filling the night with girly cocktails, tasty hors d’oeuvres, and unique raffles with prizes!

The event is catered toward a smaller group to protect guests’ safety and will be adhering to CDC guidelines, so be sure to get your tickets as soon as possible.

The well-renown Hip Hop Station Hot 107.9 Atlanta is hosting their annual birthday celebration concert at the Georgia State University Center’s Parc Stadium! Known for the top-tier artist lineup and memorable Hip Hop performances, this event is sure to be significant in the city of Atlanta after this past year.

With chart-topping artists such as Lil Baby, Latto, and Erica Banks, Hot 107.9’s Birthday Bash 25 Concert will undoubtedly be one of the top places to be. Tickets for this event could sell fast so we suggest ordering yours as soon as possible if interested, and be sure to enjoy the live entertainment in Atlanta from some of the biggest Hip Hop artists in the world!

The benefits provided by networking are a topic that cannot be emphasized enough. Members of the real estate industry can especially attest to this fact, due to the amount of contract negotiating that occurs frequently during their workdays. Ensuring that one has the proper connections in their business network is a priority as it leads to obtaining beneficial information and new strategies from other real estate agents or professionals in your field.

Real Estate Connection hosts one of the most prestigious real estate networking events in Atlanta with drink specials and light appetizers. Be sure to pull out your best business wear for an outfit as the dress code is Business Attire!

If you’re looking to spend your weekend geared more toward the business side of things, this event is definitely one you should check out in Atlanta.

Maybe when picturing an event that contains performances from live poets, you picture a dark environment in a clandestine environment that only serious poets are privy to having access to. Even though that vintage-style poetry vibe can still be located in other areas around the city, contemporary poetry events are held in numerous forms in Atlanta.

Poetry with Whitney is sure to fill your need for an artsy vibe this weekend, and the best news is you get a FREE Rum Punch with the purchase of your ticket. Kingston Grill ATL is known for its virtuous atmosphere and even better Jamaican food, so you’re sure to have a great time!

Cassandra Edwards

Local Guide
Read More
Food presentation was great! The taste was very delicious! I loved the decorations and music playing in the background. We'll definitely let our friends know and go back again.

Charlett Dennis

Read More
This place was really good and the service was great. We'll definitely return to try some of the other dishes that they offer.

Cristy Sims

Read More
The food was so delicious especially the Snapper, rice, and peas along with the chicken egg rolls and the sauce that came with it. The atmosphere is very elegant. This will be my go-to spot for Caribbean food.
Previous
Next
GET TICKETS

Attending a fashion networking event is one of the most recommended pieces of advice given by fashion industry experts to get a taste of the industry in terms of companies, positions, and counsel all in a single event in Atlanta. Fashion Professionals attend to share worthwhile insights with those who are just beginning, and they are willing to exert energy for novice individuals seeking to advance in their careers.

Based out of Las Vegas, Nevada, Music meets Fashion travels across the country in hopes of connecting different fashion creatives of all backgrounds in order to cultivate relationships and ultimately lead to future collaborations amongst fashion peers. The attire is high fashion underground, so be sure to serve a good look.

Still looking for more exciting things to do in Atlanta this weekend? Check out these local favorites!

Like to plan ahead? Here's what we're looking forward to:

The art of live tennis lies within the entertainment aspect that comes with watching an individual sporting event at the highest level. Tennis necessitates courageous extents of agility while also bringing out some of the most vivid extremities of character in the athletes who participate.

With The Truist Atlanta Open presented by Fiserv returning to Atlanta this summer, tennis fans in Atlanta will once again have the ability to start planning their exact location at the end of July. The Truist Atlanta Open presented by Fiserv, which will take place from July 24 to August 1, will bring the highest-ranking tennis player in the entire world to come and play live professional tennis in Atlanta.

If you are a fan of tennis in any aspect, you definitely do not want to miss this epic event in Atlanta.

More Things to Do in Atlanta

Guide to Pride In Atlanta

Juice Bars In Atlanta That Are As Cool As A Cucumber

Best Day Trips Out Of Atlanta