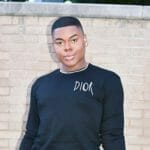 The Truist Atlanta Open presented by Fiserv is fast approaching! The time for explosive live tennis from top-ranked athletes, exciting live music entertainment, and tasty food vendors is here. With that being said, UNATION’s Stuff to do in Atlanta team curated the ultimate guide to have a great time!

Since 2010, the Truist Atlanta Open presented by Fiserv has formed itself as a staple of the summertime in the south. The first of seven events included in the individual tournaments that take place leading up to the US Open, the Truist Atlanta Open presented by Fiserv notably brings out the highest-ranking players in the USA as they practice for the US Open. With matches taking place on a hard court, players often view these matches as a perfect way to warm up for the more momentous matches to come.

Matches made in Heaven: Live Tennis!

The exhibition match between Sloane Stephens and Kim Clijsters is sure to be one heck of a match. Both players are extremely talented and are known for their perseverance. The two each have returned to tennis at one point in their careers after hiatuses, one brief and one prolonged.

With Stephens returning after 11 months due to a foot injury that required surgery in 2017, and Clijsters who returned to tennis action in 2020 after more than seven years away, the two are not known to give up easily. During your time at the Truist Atlanta Open presented by Fiserv, we surely recommend making it a point to see this match-up. It’s sure to be a fun sight to see!

Hardly any participant has made the Truist Atlanta Open presented by Fiserv his personal recreation court more than John Isner. Including yet another title in the previous year and cameos in two other finals, Isner has been the tourney’s most commanding contestant over the initial years.

In recent years, John Isner has remained a stable contender in the ATP’s top 20 rankings and tends to constantly perform to the best of his abilities when the audience is based in America. With 2 of his 12 finals appearances taking place right here in Atlanta, we at UNATION unquestionably recommend tracking his matches throughout the Truist Atlanta Open presented by Fiserv.

Grab an international bite to Eat!

Rated the #1 Caribbean Food in Smyrna, Porchlight Latin Kitchen is known for its amazing tasting dishes and their homemade sangria. Usually almost necessary to make a reservation and fight through Atlanta traffic in order to dine in with them, Atlanta locals rave about their experience here. Trying their food during the Truist Atlanta Open presented by Fiserv VIP Lounge experience is a UNATION must!

Char Korean Bar & Grill is a good mix of traditional Korean, a full bar, and several other non-Korean offerings. Their usual clientele is mostly young singles in Atlanta, and they are often praised for their brunch menu and Korean BBQ. Make sure you check them out during the tourney!

If you’re new to Caribbean cuisine and desire a more common dish, Chef Rob’s Caribbean Cafe has you covered. The restaurant has more well-known options for you to try, such as the jerk Caesar salad, fish and chips, or the North Atlantic salmon. There are numerous possibilities for those seeking something unique. The restaurant also serves a few vegan options!

Enjoy the show in more ways than one: Live Shows!

Enjoy the show in more ways than one: Live Shows!

An award-winning violinist who began playing the violin at 3 years old right here in our great city of Atlanta, Georgia! Although he does possess extensive training in the strict structure of classical violin, Alex has developed a style that is all his own that stems from the culture of Atlanta!

The art of live tennis lies within the entertainment aspect that comes with watching an individual sporting event at the highest level. Tennis necessitates courageous extents of agility while also bringing out some of the most vivid extremities of character in the athletes who participate.

Those in attendance for this major event are sure to enjoy every second!

More Things to Do in Atlanta

Get the best things to do in Atlanta delivered right to your phone!
Weekend Guides
Checkout all the past Tampa Bay weekly Guides in the Stuff To Do Archive
SHOW ALL
Find Stuff To Do
Discover the best featured and staff pick events in Tampa Bay on UNATION
DISCOVER EVENTS
Connect on Facebook
Join our Stuff to Do in Tampa Bay Facebook group to find more upcoming events
LIKE US