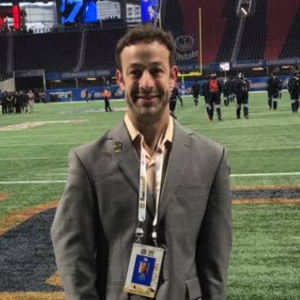 Here is your advance notice to take Monday off.

Trust us, your boss will understand.

After boat parades for the Tampa Bay Lightning last fall and Buccaneers this spring, the waters of Champa Bay and the surrounding area will be loaded with Bolts fans.

For the second time in less than a year, the Tampa Bay Lighting are Stanley Cup Champions.  The Bolts jumped out to a 3-1 series lead, but fell short in Game 4 in Montreal, losing 3-2 in overtime.
However, that loss allowed the team the chance to hoist Lord Stanley’s Cup in front of a sold-out crowd at Amalie Arena of over 19,000 screaming fans with thousands more outside watching on at Thunder Alley.
A goal by rookie forward Ross Colton was all that was needed to give the Lightning a 1-0 victory. Goaltender Andrei Vasilevskiy earned the Conn Smythe Trophy, awarded to the MVP of the playoffs. “Vasy” was lights out when it mattered the most, registering four shutouts in all four closing games of the playoffs.

Get ready to celebrate with another boat parade!

The Stanley Cup Champions Celebration Events begin with the Boat Parade at 11 AM, which will take place on the Tampa Riverwalk. A Champions Celebration will follow at 2 PM from Julian B. Lane Riverfront Park. The event promises to have food trucks, entertainment, and player appearances guaranteed to be a good time! You can find the complete parade route here.

We can’t wait to see Alex Killorn cruise by on his jet ski, Kucherov and the boys kiss the cup. Tom Brady even suggested they toss the trophy as the Super Bowl quarterback did during the Buccaneers boat parade, but we’re not too sure that’s the best idea!

Either way, let’s show our Lightning some love and BeTheThunder!

Note: Fans are invited to line up on both sides of the Tampa Riverwalk along the route, but no outside boats will be allowed in the parade.

Todd lives in the Tampa Bay area with his wife and two kids, Gavin (7) and Lila (3). In his spare time, he enjoys spending time at our world-class beaches and rooting for the local teams that call Champa Bay home, Lightning, Buccaneers, Rays, and many more! He's excited to be a part of the UNATION team and share the stories that make our local community the perfect place to live, work, and play.

Get the best things to do in Tampa Bay delivered right to your phone!
Weekend Guides
Checkout all the past Tampa Bay weekly Guides in the Stuff To Do Archive
SHOW ALL
Find Stuff To Do
Discover the best featured and staff pick events in Tampa Bay on UNATION
DISCOVER EVENTS
Connect on Facebook
Join our Stuff to Do in Tampa Bay Facebook group to find more upcoming events
LIKE US