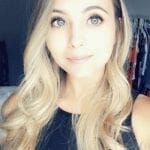 Since 2005, Latin pop rock trio Camila have been thrilling audiences with unforgettable live performances of their characteristically romantic ballads.

Often referred to as the Empress of Soul, Gladys Knight has spent several decades impressing fans with her amazing vocals and continued passion, and she continues to do so to this day.

They dazzle and engage their audiences with energy and passion, while taking them on a musical journey filled with all the hits that transcended the 80s and defined a generation.

New York native Marc Anthony, born Marco Antonio Muniz to Puerto Rican parents, is the top-selling salsa artist of all time and has wowed fans across the globe for 20-plus years. In 2013 Anthony released 3.0, his first album of new salsa material in almost a decade.

Billie Eilish has been one of pop’s brightest lights of the past few years—although her chilly electropop gems exist in stark contrast to her star power. In 2016, she released her debut single “ocean eyes,” a beat-heavy love song that’s part Portishead and part Lana Del Rey, with a heaping dash of Lorde’s wise-beyond-her-years wit; Eilish’s lithe voice curls around the skeletal beats, quivering as she recalls better days with a crush.

Foster’s first round was as a studio musician, arranger, and recording artist. His second round was becoming one of the most successful songwriters and record producers in history — shepherding albums that have collectively sold in the hundreds of millions.

Almost like clockwork, smooth jazz saxophonist Kenny G has unveiled a new studio effort every couple years since his 1982 eponymous debut. Fourteen studio sets, not to mention live collections and holiday albums, have led to worldwide tours and concerts galore. The contemporary jazz musician, who first started performing professionally in the mid-‘70s with Barry White’s Love Unlimited Orchestra, now sells tickets to his own arena shows.

Josh Groban is an American crossover vocalist and songwriter covering classical, contemporary and pop styles. Josh enjoyed tremendous chart and critical success almost from the very start of his career with numerous gold- and platinum-selling records and worldwide tours in the 10-plus years he has been on the world stage.

New Orleans born-and-bred Harry Connick Jr. has sold more than 28 million albums worldwide since releasing Dixieland Plus at age 10 in 1977. A decade later he released his first vocal album, 20, the first of many platinum-selling releases. In 1989, his soundtrack for When Harry Met Sally… earned him his first Grammy award, for Best Male Jazz Vocal Performance. Connick has released some three dozen albums to date, including his hugely popular 1993 holiday release, When My Heart Finds Christmas.

Country troubadour Cody Johnson puts as much effort into making his concerts a straight-from-the-heart experience as he does with his recordings. But from the way he tells it, that’s really the only way he can operate. Backed by the band that’s helped him build his grassroots following one crowd at a time, the road warrior digs into some of his most widely loved tunes, like “On My Way to You” and “Nothin’ on You” as well as deeper cuts from all across his career.

Blue October’s angst-drenched rock has continued to evolve and sell tickets ever since the band’s 1995 start in Houston, TX. Over the course of nearly two decades and seven studio albums, frontman Justin Furstenfeld has channeled his own emotional battles and life lessons into anthemic hit songs like “Hate Me” and “Into The Ocean.”

A Steve Hackett show can conjure rock’s potential for grandeur and glory. As a guitar hero who made his bones defining the sound of Genesis in the salad days of progressive rock, Hackett learned a thing or two about how to stage a show and how to fill it with elegant, carefully constructed melodies. Of course, he’s maintained a long, rich solo career since leaving Genesis, but his legacy with the band is an undeniable part of who he is, so his shows tend to feature a combination of material from his solo albums and Genesis classics as well.

For more concerts and other upcoming events check out the UNATION app or follow us on Instagram @StufftoDoinOrlando.

Things to Do in Orlando for 4th of July Weekend

Tired of the Parks? Here's a List of Things to do in Orlando Besides Theme Parks

Natalie is a City Manager for UNATION and author of the Stuff to Do in Orlando City Guide. For more insight on the best events and things to do in the Orlando area, download the UNATION app and follow @StufftoDoinOrlando on social.