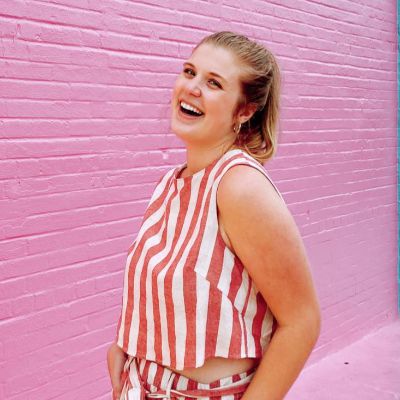 After overcoming the Rangers, chants of “Igor’s better,” and unruly fan behavior in New York, the Lightning have once again reached the hockey summit — the Stanley Cup Final. 🏆  Sound familiar? History is unfolding before our eyes as the Bolts are now four wins away from claiming the most difficult trophy to win in sports for the 3rd consecutive year!! Coach Jon Cooper said it best, “To get there the first time was a dream come true. To get there a second time, the next year, was a dream too. There was no way we were going back. To go a third time is unbelievable.”
Unbelievable is spot on coach. Now let’s go Bolts! ⚡️

Stanley Cup Trivia 🧐
Test your Lightning knowledge with some Bolts Stanley Cup trivia action (Answers at the bottom – don’t peek)
1. In the 2004 Stanley Cup final vs. Calgary, the group of Lightning defensemen scored a single goal the entire series, and we still managed to win the Cup. Who scored the lone goal (Hint – it was in Game 2)?
a. Pavel Kubina
b. Cory Sarich
c. Dan Boyle
d. Jason Cullimore

2. How many shutouts in the Stanley Cup FINALS does Andre Vasilevski currently have in his career?
a. 1
b. 2
c. 3
d. 4

4. Who from the Lightning won the Conn Smythe trophy for the most valuable player in 2004?
a. Brad Richards
b. Vincent Lecavalier
c. Ruslan Fedotenko
d. Martin St. Louis

7. Who scored the most Lightning goals in the championship series vs Montreal last season?
a. Brayden Point
b. Ondrej Palat
c. Nikita Kucherov
d. Steven Stamkos

Where to Watch the Playoffs

Get the latest in Tampa Bay sports delivered right to your inbox!

Things to do and see at Amalie Arena

Besides rooting for the Tampa Bay Lightning, there are so many things to see in and around Amalie Arena. While you’re at the game be sure to cross these off your to do and see list. Go bolts!

With live music and a giant screen, Thunderalley is the ultimate spot to hang out before a Tampa Bay Lightning game! During the playoffs, Thunderalley hosts some of the best watch parties in town.

Before heading into Amalie Arena, snap a picture with the statue of Hall of Famer Phil Esposito. He played a big role in bring a NHL team to Tampa. Thanks Phil!

Nothing like celebrating our accomplishments! When you’re inside Amalie Arena, be sure to look up and see the Stanley Cup Championship and retired number banners.

Coors Light Between the Pipes Bar

Grabbing a drink from the Coors Light Behind the Pipes bar is a must while at a Tampa Bay Lightning game! The Lightning’s grand digital organ is a centerpiece of Terrace Level bar and fan destination.

Be on the lookout for the Tampa Bay Lightning’s mascot, Thunderbug! This fun loving mascot loves all things hockey and Tampa Bay.

While at Amalie Arena, you have to snap a picture from the Budweiser Biergarten! Located  on the Terrace Level at sections 304 and 328, this outdoor deck offer food and of course, lots of ice cold Budweiser beer. The best part? The views of downtown Tampa!

Ready to experience Amalie Arena for yourself? Grab tickets to an upcoming game and be the thunder! ⚡️

Parking and Transportation at Amalie Arena

Don’t worry about getting to or parking for a Tampa Bay Lightning game at Amalie Arena! From ride sharing to the TECO streetcar, there are lots of ways to get to Amalie Arena. If you do decide to drive and park, visit Amalie Arena for more information.

Leave your car at home and avoid traffic by using Uber, Lyft, and other ride share apps.

Don’t have your own bike? Rent a Coast Bike in downtown Tampa!

While at Amalie Arena, if you don’t feel as though you should be driving, visit Guest Services at Section 101 for information about the Alert Cab Service which provides free rides.

Best Places to Check Out Before or After a Game

Looking for a place to hang out before or after the Tampa Bay Lightning game? Whether you’re looking to grab a beer or a bite to eat, we’ve got the perfect spot for you. If you’re looking for more recommendations in Downtown Tampa, head to our Neighborhood Guide.

For nearly 25 years, Hattricks has been serving some of the best wings in Tampa Bay! Hattricks is conveniently located in Downtown Tampa and only 0.4 miles from Amalie Arena. Try the wings “Dave’s Way” – Lightning Shake n Bake Retossed in Garlic Parmesan, you’ll love them!
🔥 Check out our team trying Hattrick’s spicy IRA wings!

Spots Along the Riverwalk

Whether you’re looking for a spot to grab a beer or a bite before the game, head to Sparkman Wharf! With nearly a dozen food vendors, there is something for everyone.

More Things to do in Tampa Bay

15+ Upcoming Concerts in Tampa Bay to Buy Your Tickets for